Karu Jayasuriya, Speaker of the Parliament of Sri Lanka 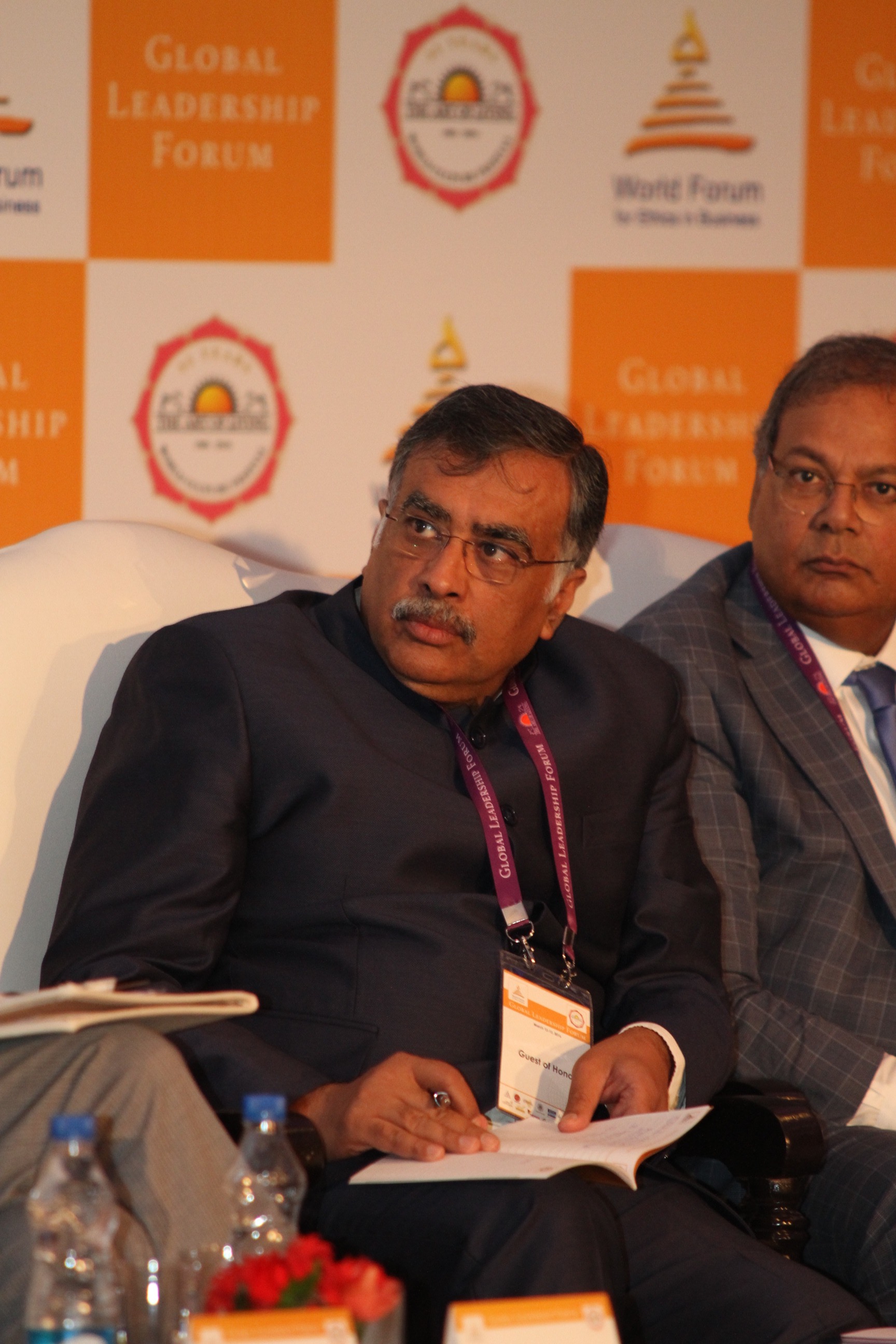 It was indeed a pleasure to participate at this Forum and I am very grateful to you for the opportunity provided to participate and address the Global Leadership Forum held in New Delhi in March 2016. It was a very vibrant and fruitful Forum with lively interaction among the participants.

Please permit me to congratulate the organisers of the Forum for facilitating this event and making it possible to foster business ethics, good governance and positive social values to promote sustainable growth with individual wellbeing as the ultimate success. 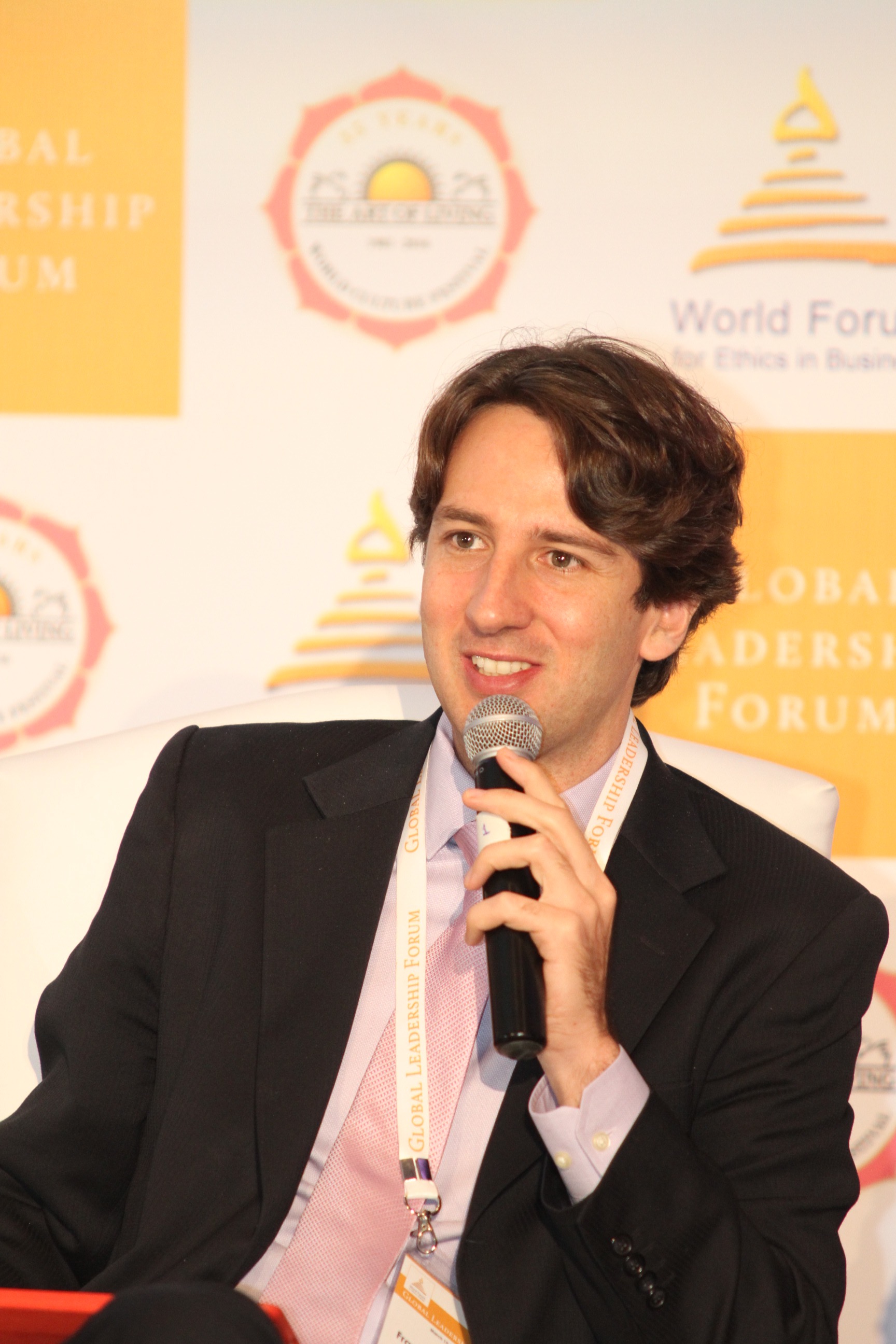 I had the fortune to moderate a panel at GLF about inner peace and societal peace. The speakers were members of parliament from Afghanistan and Colombia, the first prosecutor of the international criminal court, a bishop from Vatican and a master from China. All of them had personal experiences to share about the topic and you could see that they all wanted the same: inner peace, community peace and peace among states.

You may rarely find such a diverse and rich panel in any forum. Individual education and global policies were highlighted as most needed to achieve this. It was very clear that the voice of positive people should be heard for the world to improve.

To be a successful company, we need to implement core values of goodness and human values of the highest order. 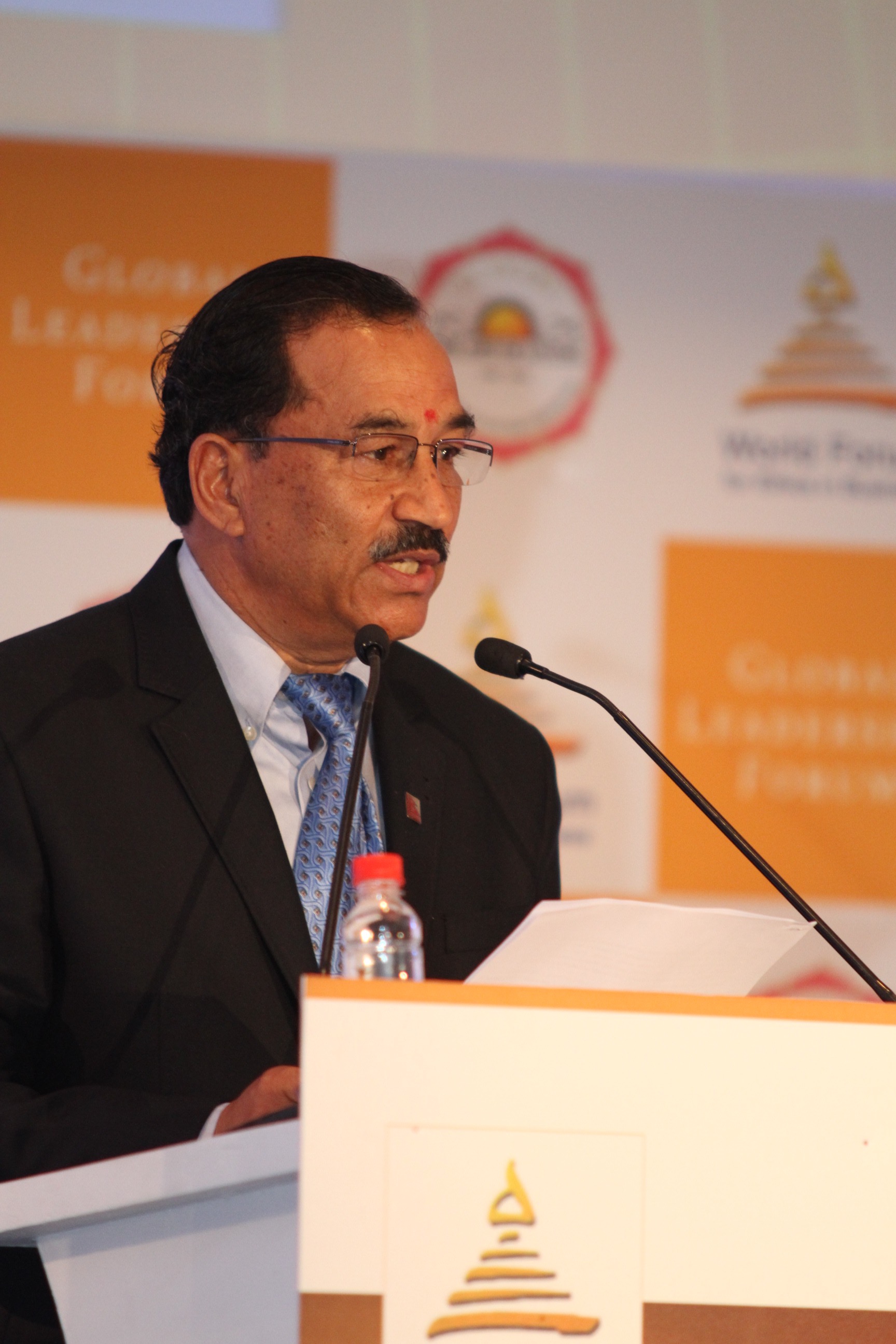 Democracy, market economy and culture are a base for world peace. Disrespect for other faiths lead to radicalism, which ultimately leads to destruction. 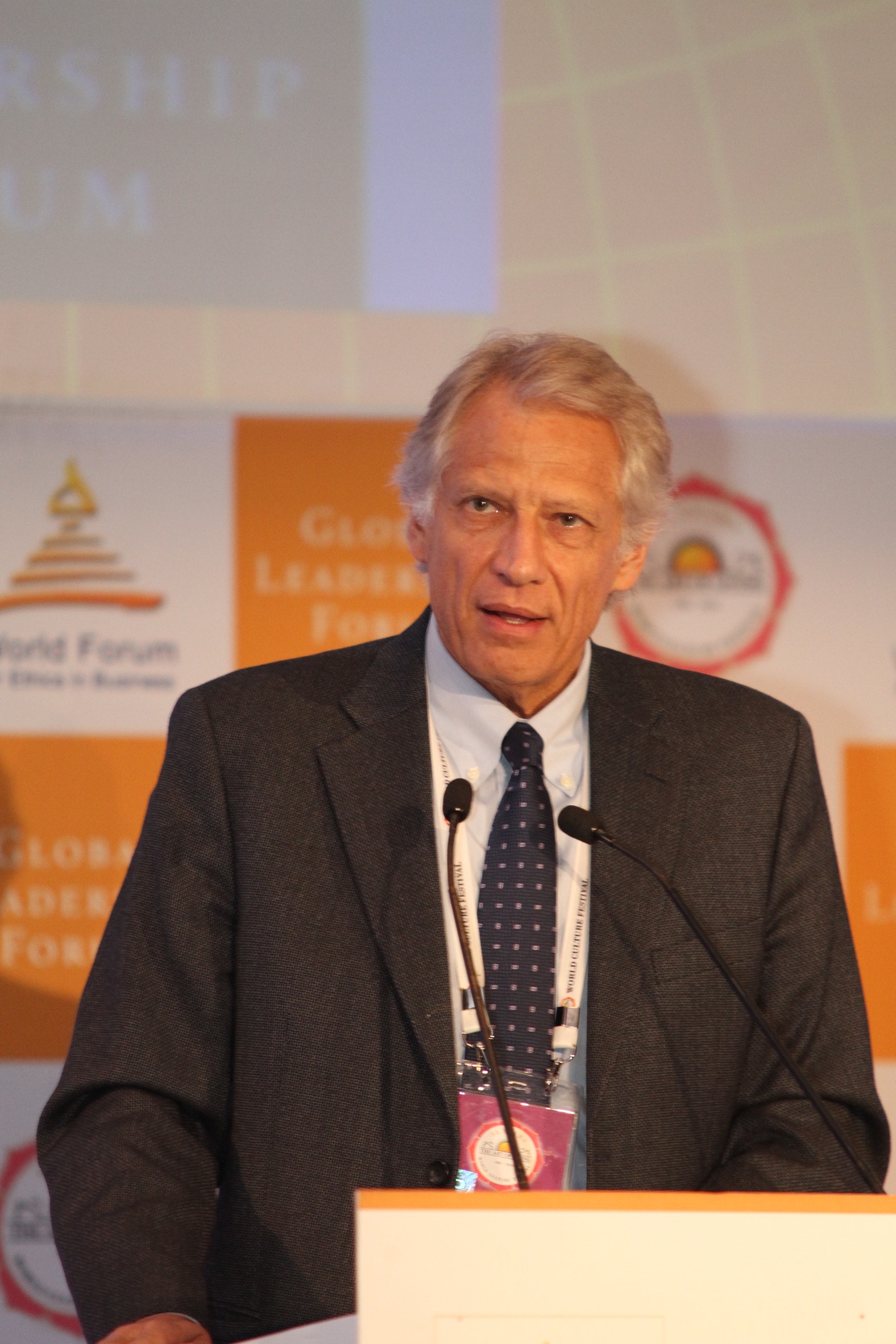 In the face of today’s violence, the imbalance of power and governance needs to be addressed. 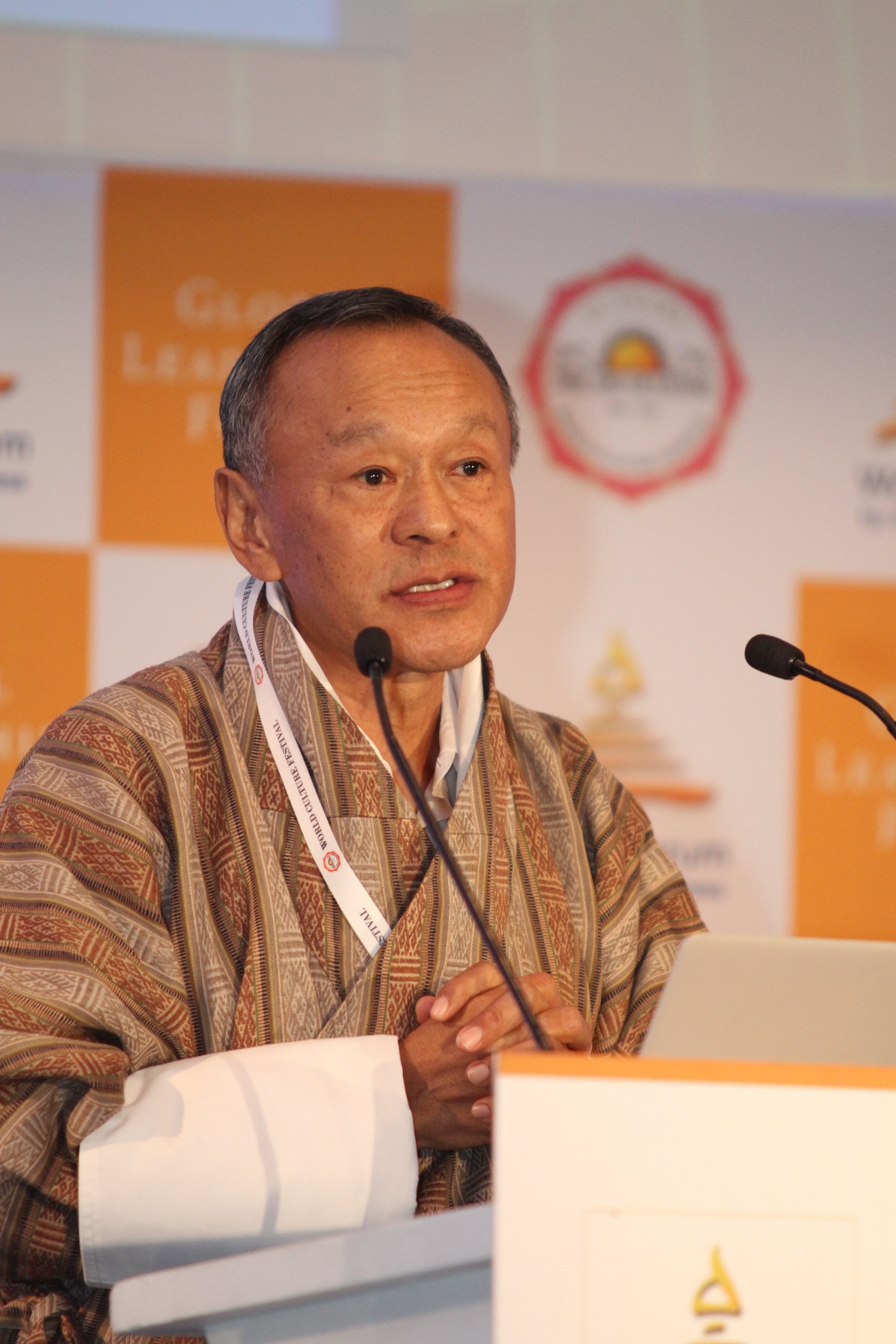 The path ahead is that we need to face the truth of a common future, that we can only build together or condemn humanity to failure of self-destruction. 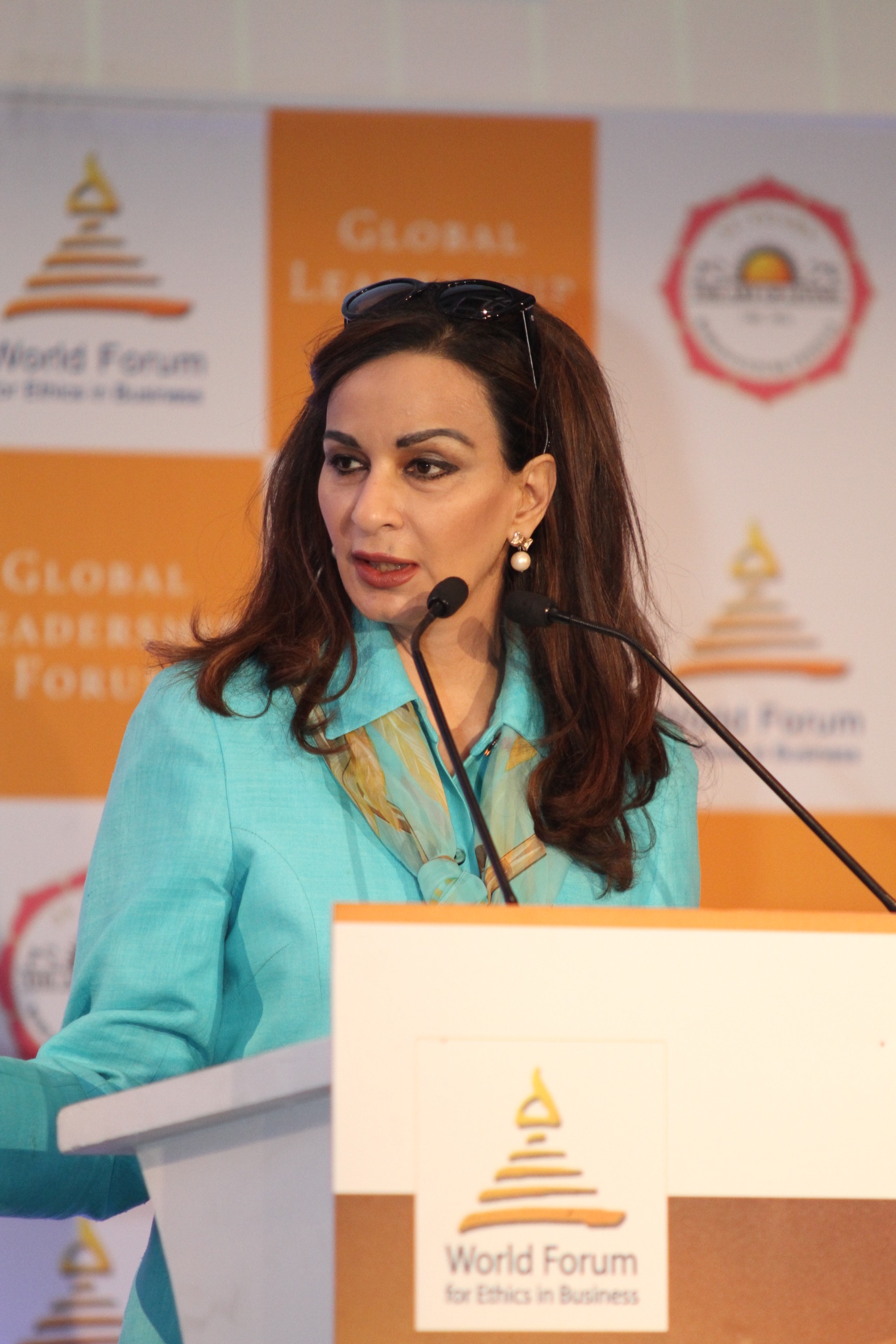 Inequality is growing inside nations. We have economic pyramids instead of redistributed social justice. 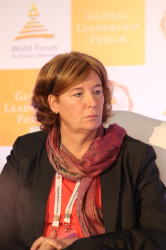 We need global leadership to solve underlying conflicts on poverty and inequality. 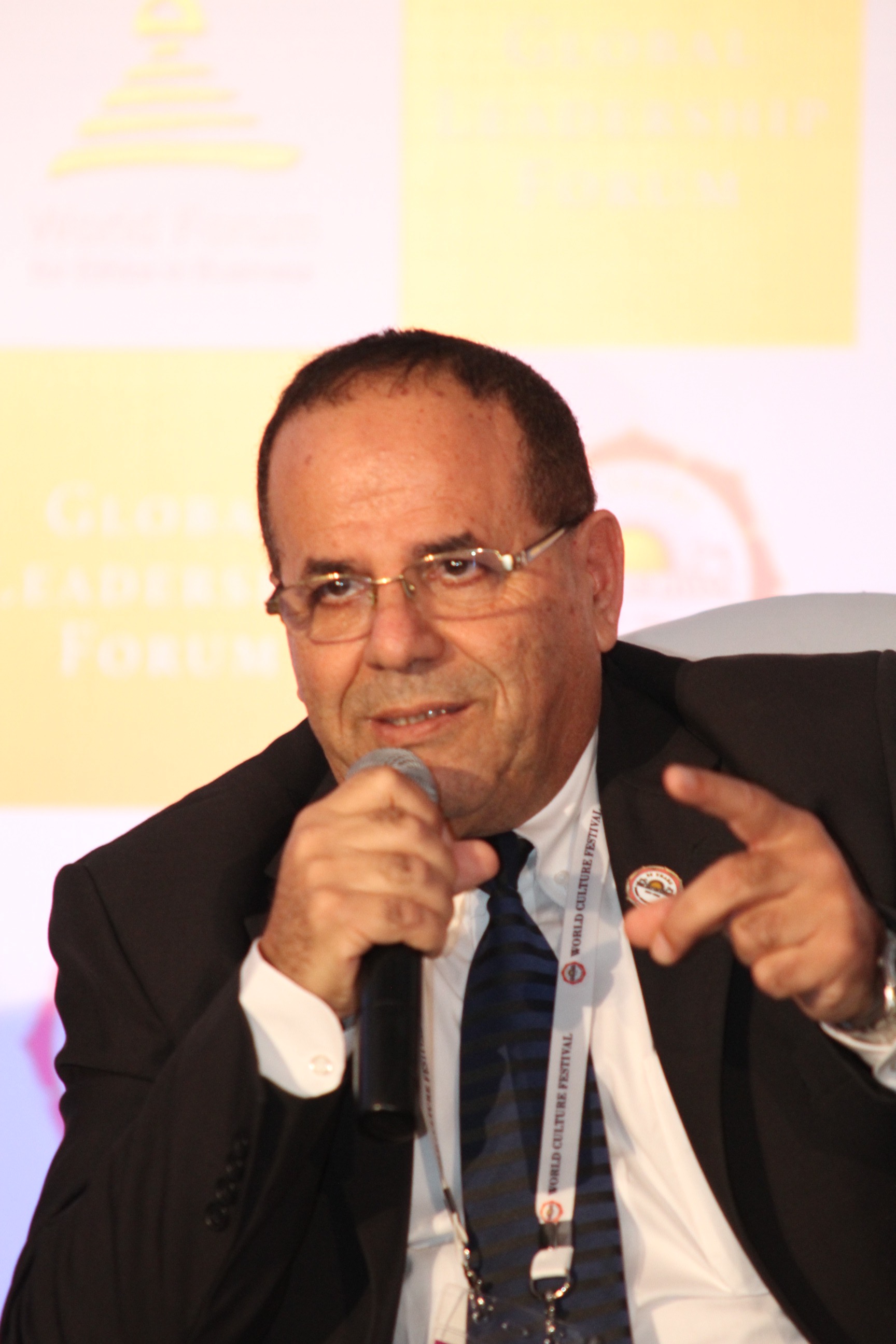 All of us should help in the peace process. In Islam there are more than 99% ready to help us to make peace. 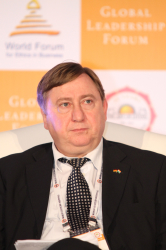 People are fleeing their countries to live better quality lives elsewhere; resistance towards refugees is not acceptable. 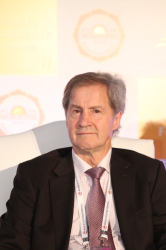 Building artificial fences and borders is not a solution, we need to open the borders. 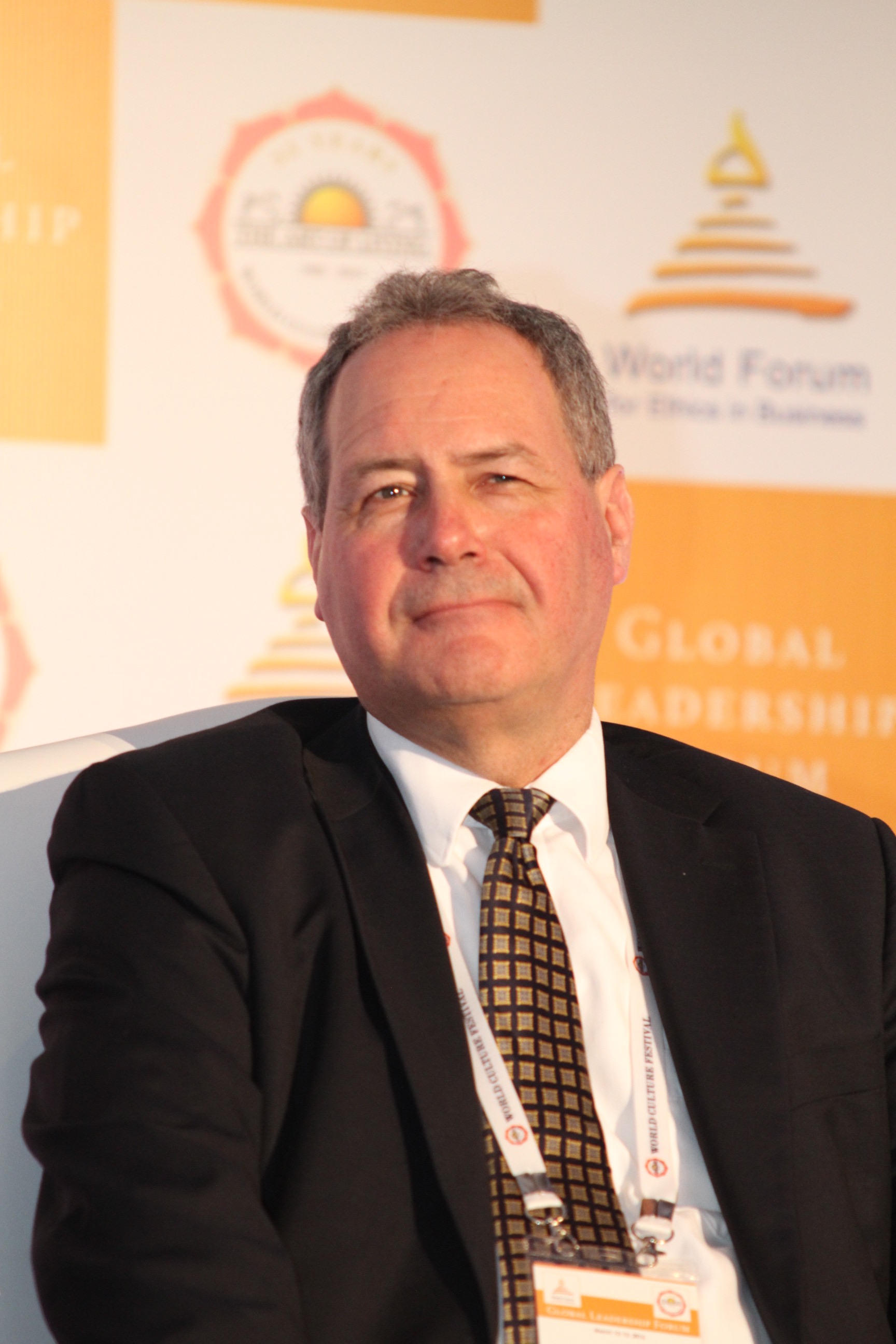 The challenge is that people will chose to migrate due to climate change, food shortage and water shortage. We need to build more trust in the world, break down the barriers that divide us. 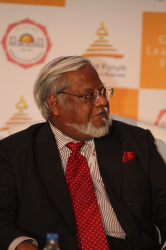 We are trying to localise food production due to pollution. Earlier we imported from China, but now we are making use of local resources. 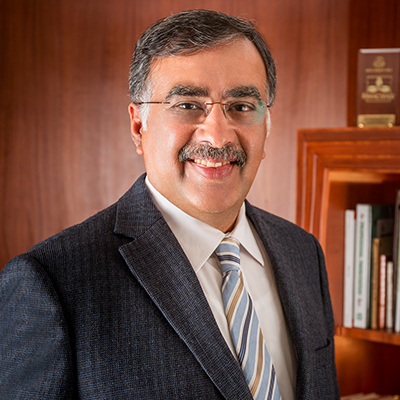 The Global Leadership Forum (GLF) came to India for the first time. Expectations were high. Very big names were listed as speakers and panelists. The plenary hall was full and had a buzz at the Leela Convention Center.

While the session kicked off ,the biggest roar was reserved for Sri Sri Ravi Shankar when he got up to speak.

In his own inimitable way – Sri Sri spoke the shortest but the sharpest – ‘leaders are required when there is chaos’.

Well, there is certainly significant chaos in the world today placing exceptional demands on leaders.

The diversity of speakers was huge – politicians, industry bigwigs, humanitarians …..each with their viewpoint, yet there was one common theme – the GLF is an awesome construct  – no  charter of demands or expectations, only open conversations. That made the conversations genuine and from the heart.

The high points, for me, were the small panel discussions. The setting was intimate in small groups. And people attending were genuinely interested in the subjects, having made their choice among 6 options each day. Panelists had rich experience in their areas and were keen to share experiences.

I attended the panel on Global vs. Local on Day1. Questions were sharp – I recall one person asking the panelists on the implication of the proposed wall across the Mexican border by the US Presidential hopeful Donald Trump!

The breakfast panels on day 2 began at 8am, quite an early start after a late night at the WCF. Hence you had to be deeply committed to the subject to be there so early, and that reflected in the quality of the participants and experience sharing.  I was struck by the diversity of corporate backgrounds in the room and there was a unifying purpose of spreading the message of The Art of Living to large number of Corporates. The question was not – should we but how do we accelerate it? What are the obstacles and how do we overcome them?

In the afternoon of day 2 I had the privilege of moderating the panel on ‘Steady and Adaptive’. The panelists were awesomeness – ex premier of Victoria, Australia, a TV commentator from Canada, an industrialist from India, the Alderman of the Hague, the Mayor of Maaseik, a serial entrepreneur from US, an executive coach and Zen teacher from Netherlands. Wow!  Some of the themes that emerged:

> Importance of inner silence for a leader. As Sri Sri Ravi Shankar says ‘ Deeper the rest, more dynamic the action!’
> Willingness of a leader to be vulnerable

> Steady and adaptive co-exist, much like saying ‘Opposite values are complimentary!’

It was unfortunate that on both the days the morning plenary sessions extended well beyond their allocated time putting serious time pressure on the subsequent panel discussions! Give politicians a mike and you lose control!

Overall, I experienced heart, openness, genuineness, and people who have done so much beyond a routine 9 to 5. They have integrated the do good into their way of life and availability of only 24 hours in a day was not a constraint!.

There was yet another huge upside – reconnecting with so many old friends and the big bear hugs.