The time is right, now! 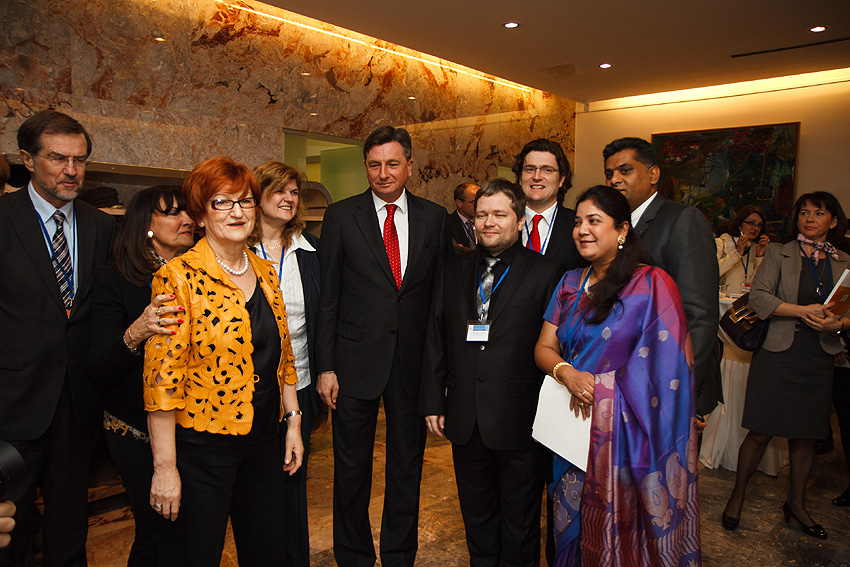 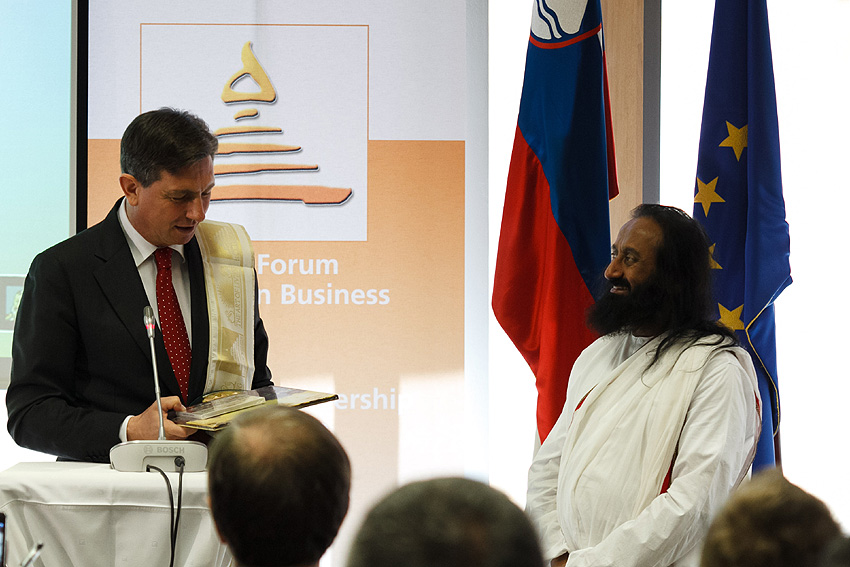 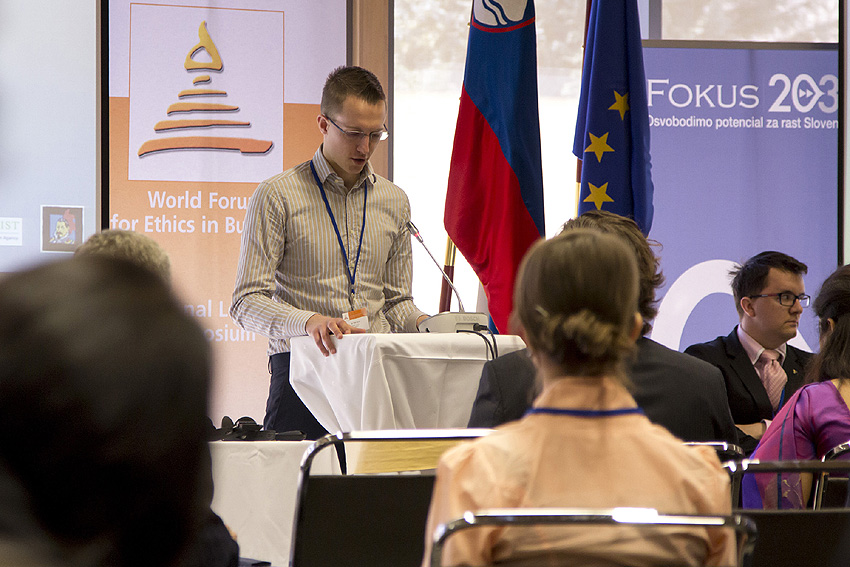 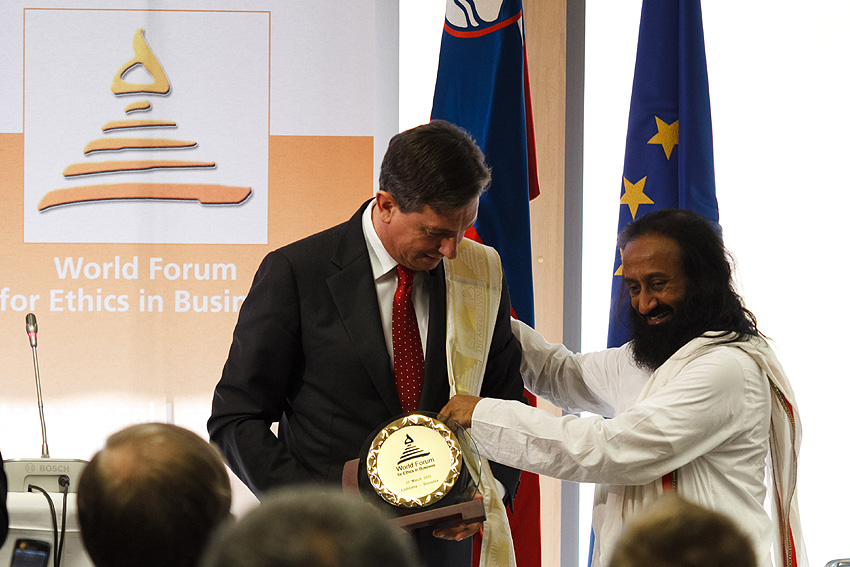 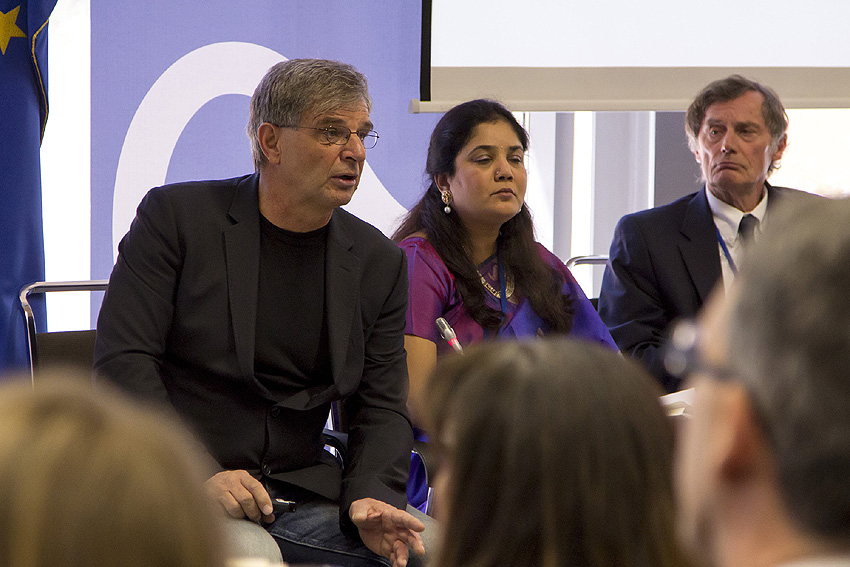 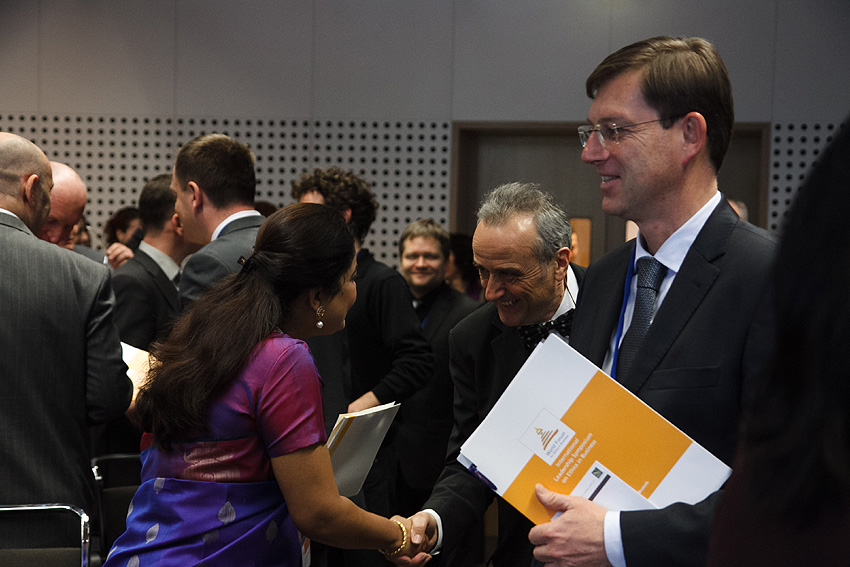 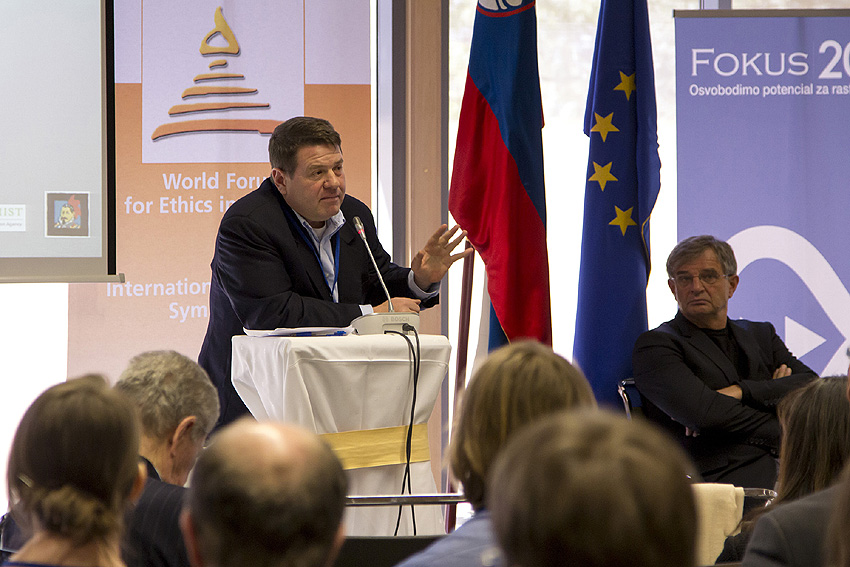 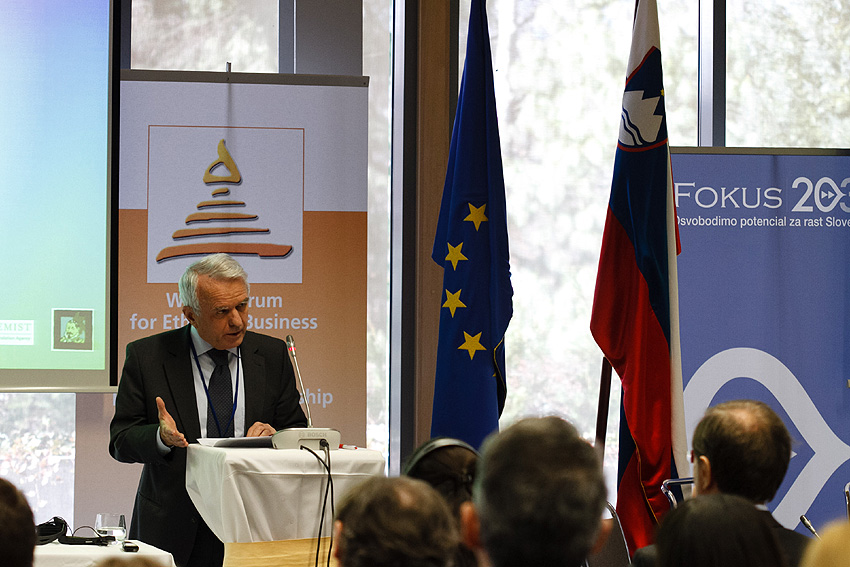 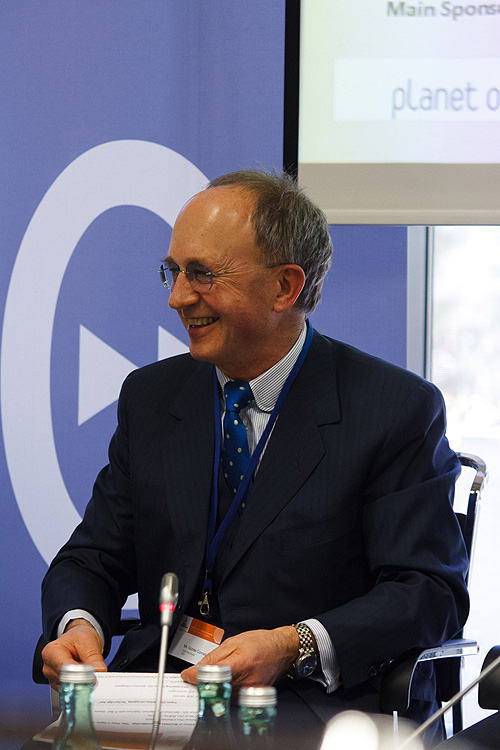 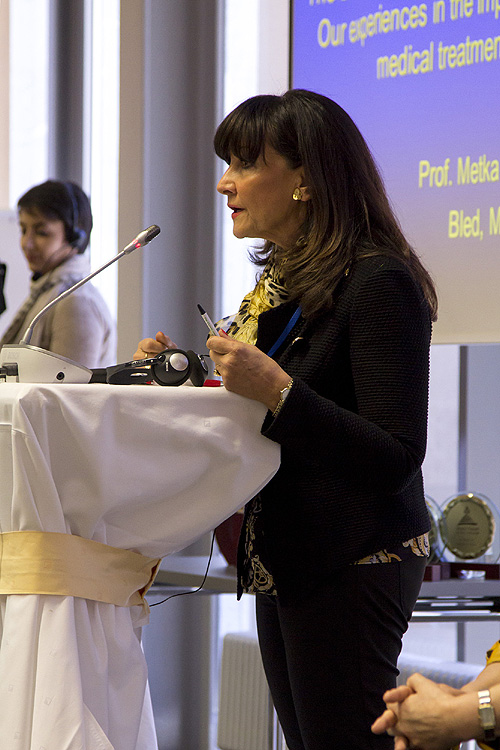 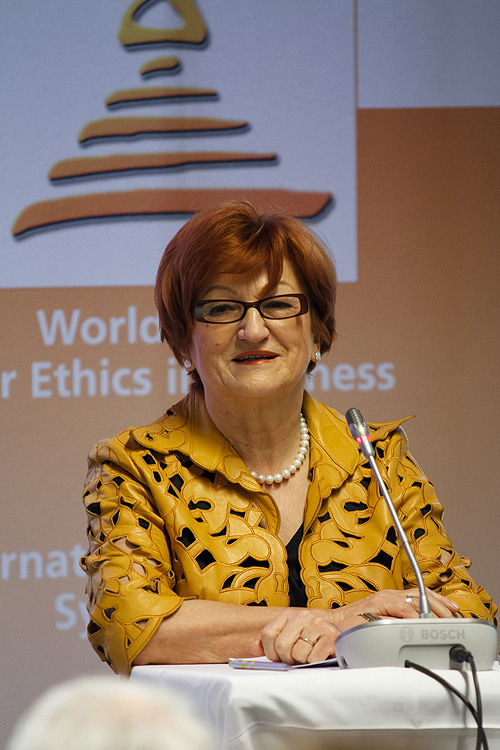 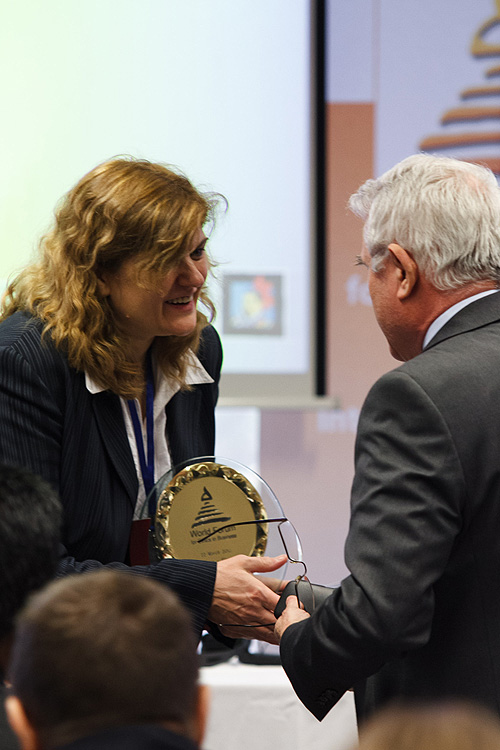 Brussels, 27 March 2013 – Held in cooperation with its strategic partner in Slovenia, Fokus 2031, an open political platform, initiated by Mr. Lojze Peterle, MEP, the conference brought together leading personalities from the political, business, academic, media and NGO side to dialogue on the pressing need to strengthen human values and good governance across all sectors.

Participants of the first National Ethics in Business Symposium in Slovenia that took place on 22 March 2013 at IEDC – Bled School of Management, were searching for an answer to the question of finding the leadership styles that would help avoid future crises and provide sustainable, long-term growth. Participants agreed that one of the most important solutions is an ethics and leadership style that brings not only progress but also trust.

WFEB’s co-founder Sri Sri Ravi Shankar said: “Trust is the backbone of business. We have seen the flaws in communism, now we are seeing the failings of unbridled capitalism. It is time for a new ‘ism, a humanism. Business with humanism is what I would call ethics in business”

He added that it is important to expect the same level of ethics from ourselves as from the people we work with, make business with or live with.

President HE Borut Pahor is convinced that market economy will remain our economic groundwork also after the present crisis, although it may assume a different form. HE Pahor added that “Modern market economy will have two pillars – profit and social responsibility. The supporting pillar of the social responsibility is the ethical dimension. We need a general, personal ethical behavior.”

President of Fokus 2031 and member of the European Parliament, Mr Lojze Peterle, sees the reason behind the problems in Slovenia in deficient transition. “The crisis is less pronounced in those areas where the rule of law works best and where the necessary reforms were launched at an early stage – in Sweden, Germany, Finland, Austria and some other countries. In the same European Union, where we are all faced with the global crisis, some countries are doing well, while others are not. The main reason for the crisis is, therefore, not only external. Our main problem is that the way we treat public property has crossed the borders of social framework, it somehow eluded the idea of common good and transmuted into clientelism, private ownership and other forms. It is our ethic problem that we all have to pay the price, ” he said.

The Governor of the Bank of Slovenia, Mr Marko Kranjec, drew attention to the fact that in part also media can be held responsible for the lack of ethics by glorifying stories of instant success, without verifying the actual background of such stories, ” believes Kranjec.

WFEB President Mrs Rajita Kulkarni announced in her speech the launch of an online curriculum for ethical leadership in the near future.

According to her, a lot of questions around ethics boil down to ‘how can I become an ethical leader’. She recommended to reflect on the three ‘R’s of Responsibility, Resilience and Reform of ones own ethical conduct.

The Symposium was attended by around 150 delegates from Slovenia and surrounding countries and originates from the International Leadership Symposium on Ethics in Business, an annual event which brings together prominent leaders from business, politics, academia, civil society and faith‐based organizations at the European Parliament to dialogue on the pressing need to strengthen human values and ethics in business. Over the past nine years, Nobel Laureates, political leaders and top executives from global companies such as Microsoft Corporation, Coca Cola, Infosys, ING Bank, GMR Group, Daimler AG and Tata Services have participated in this event.

The next Symposium of the World Forum for Ethics in Business will take place on 1st July 2013 at the United Nations in Geneva.