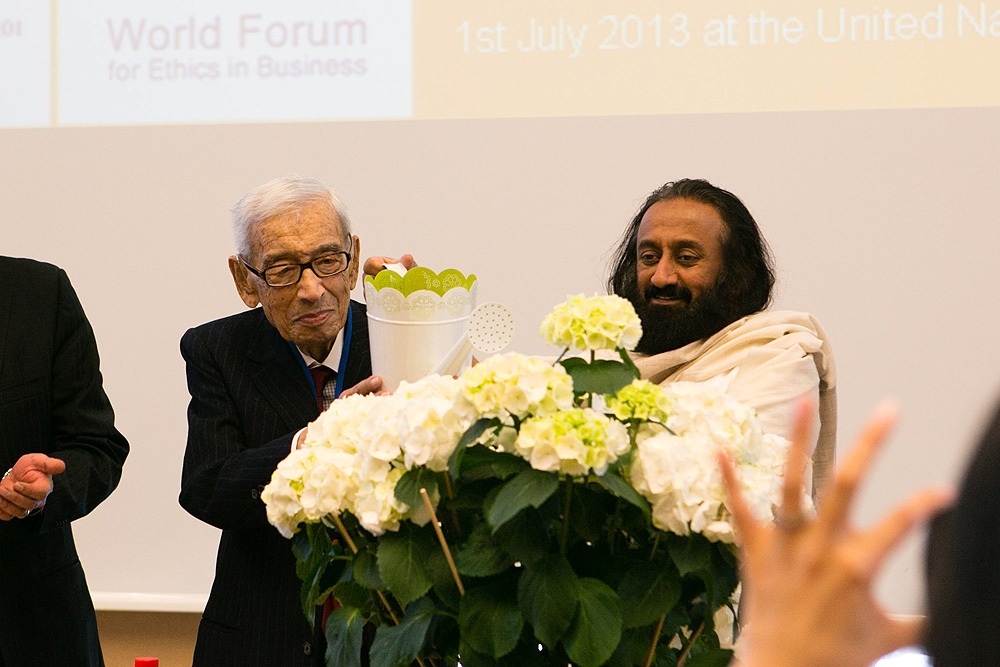 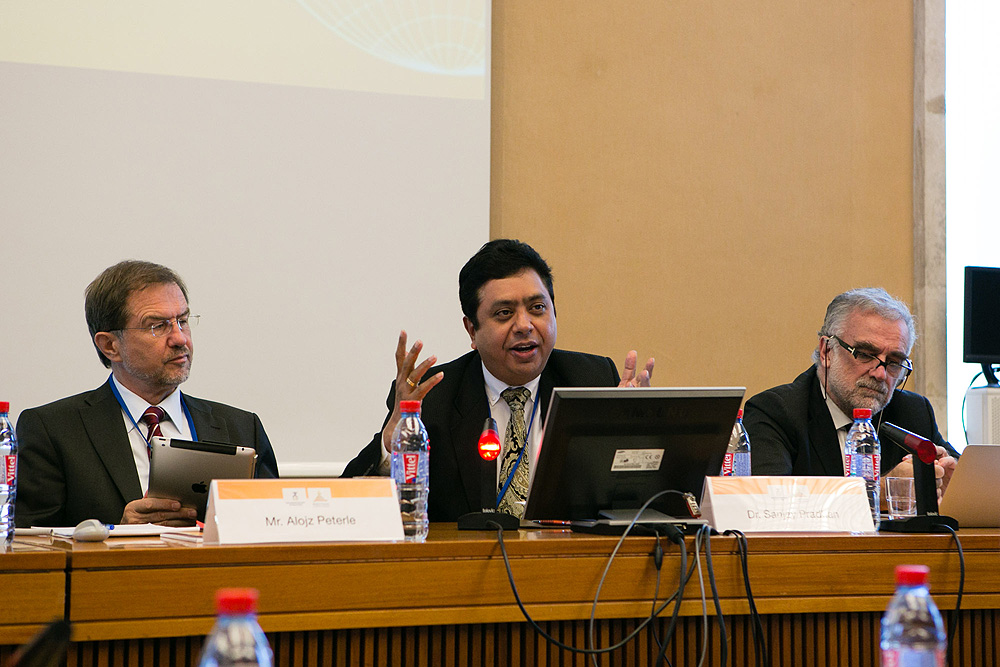 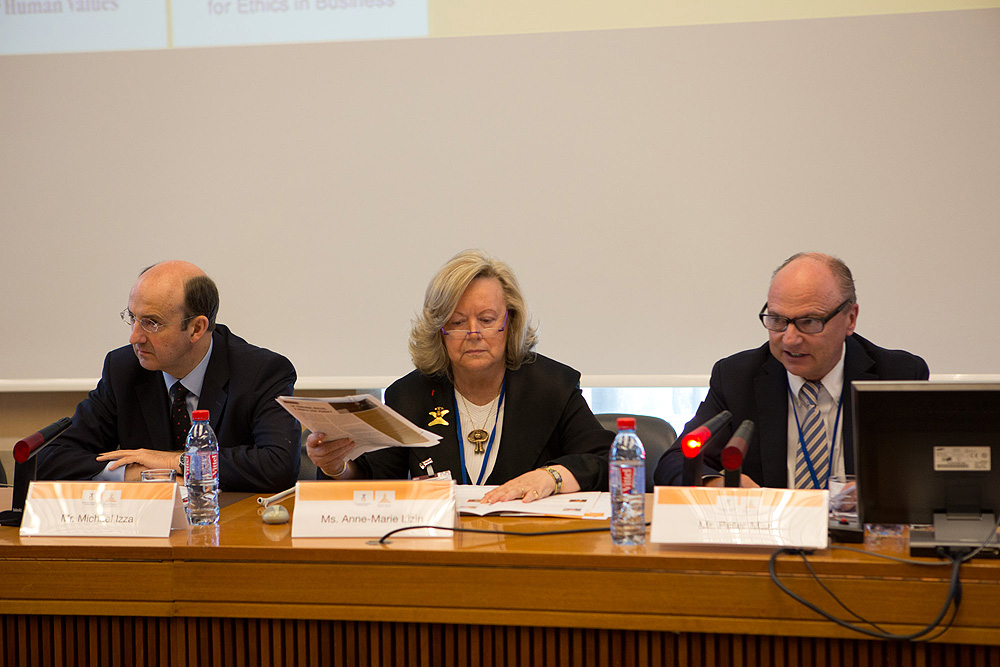 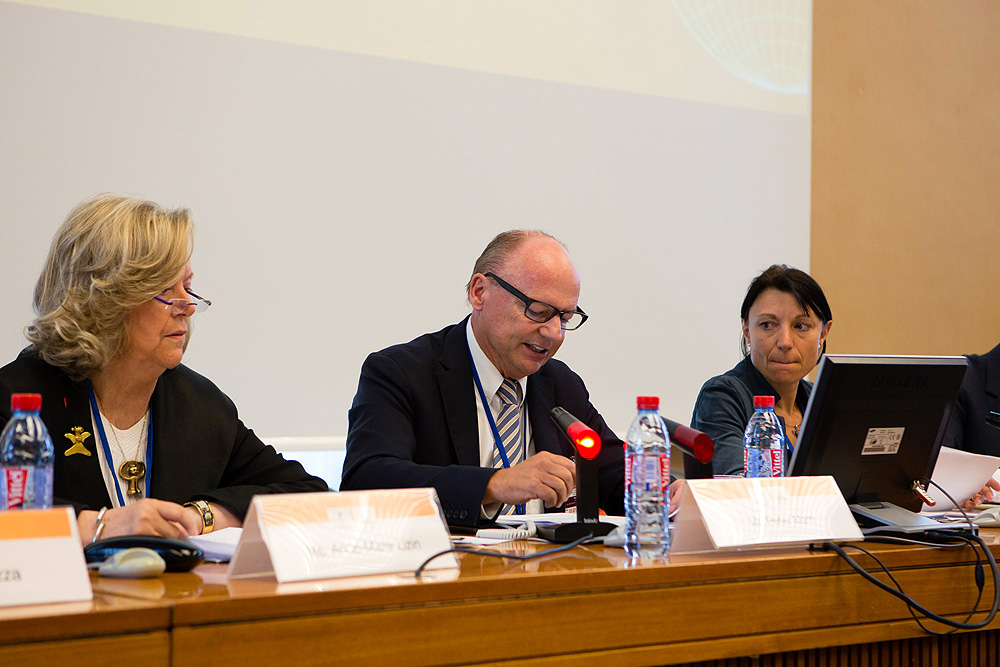 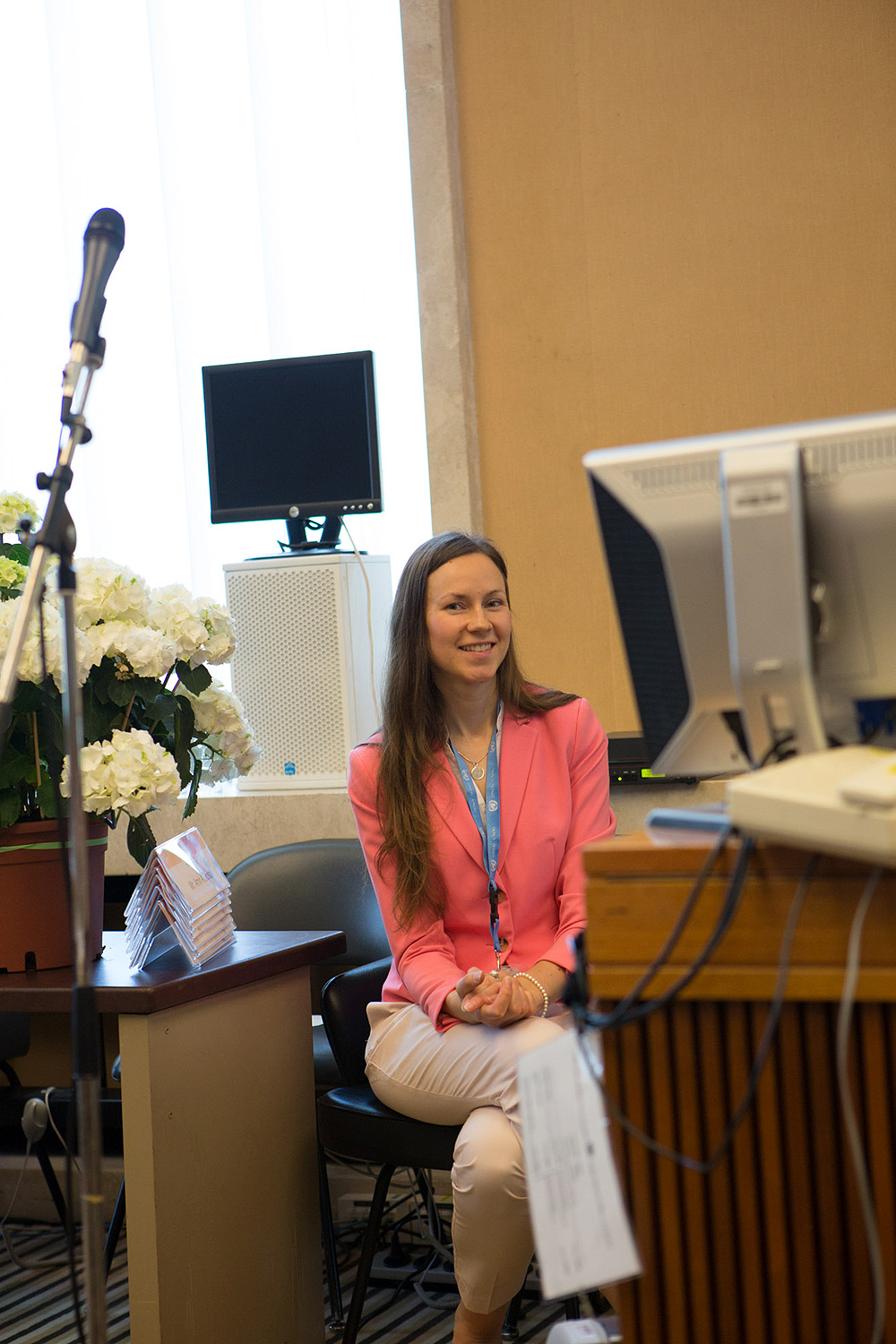 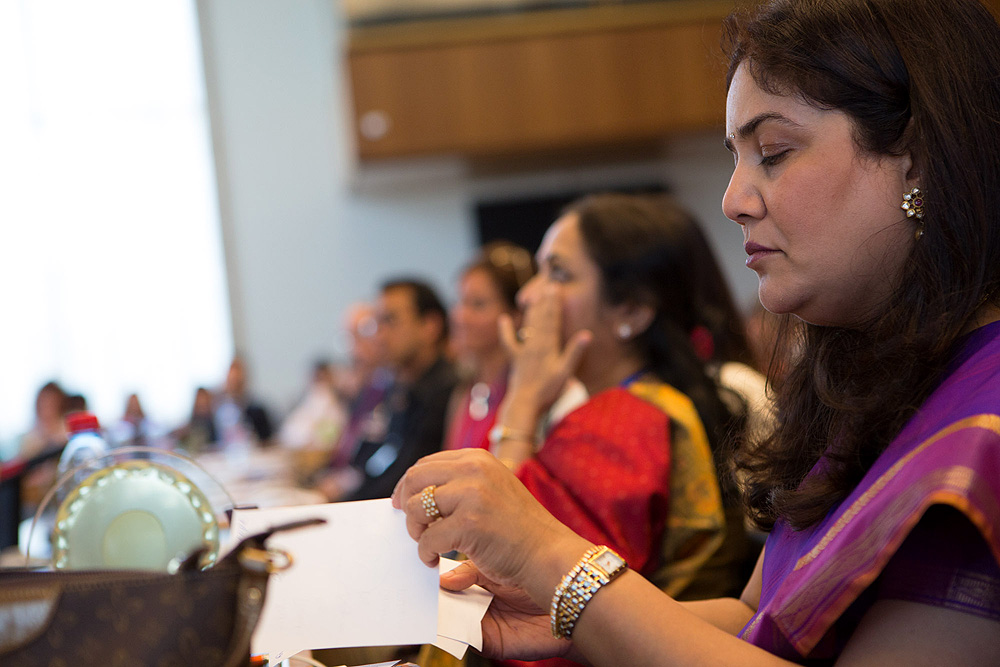 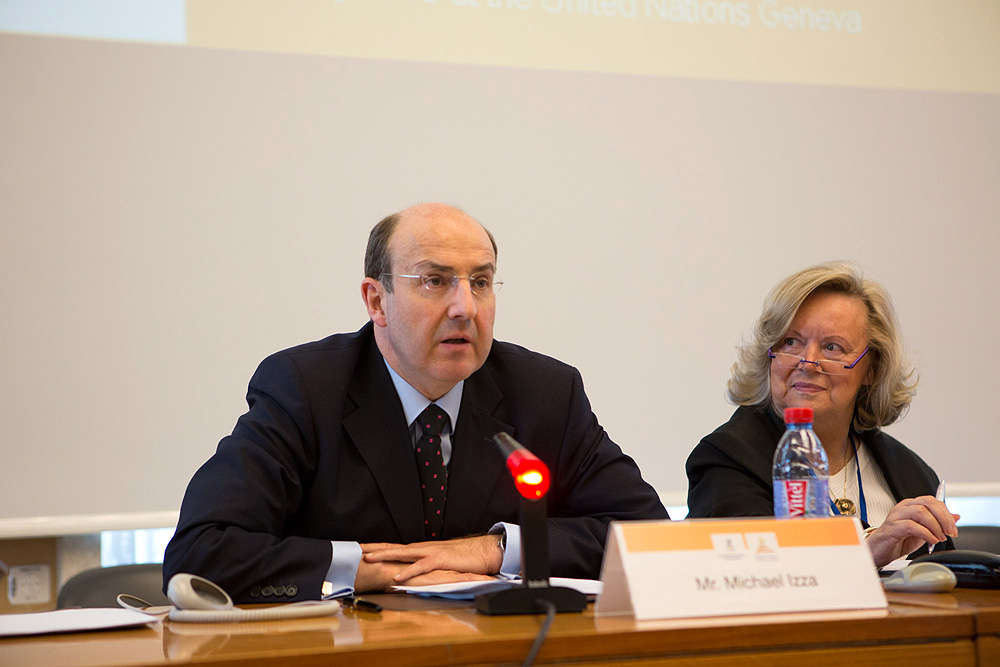 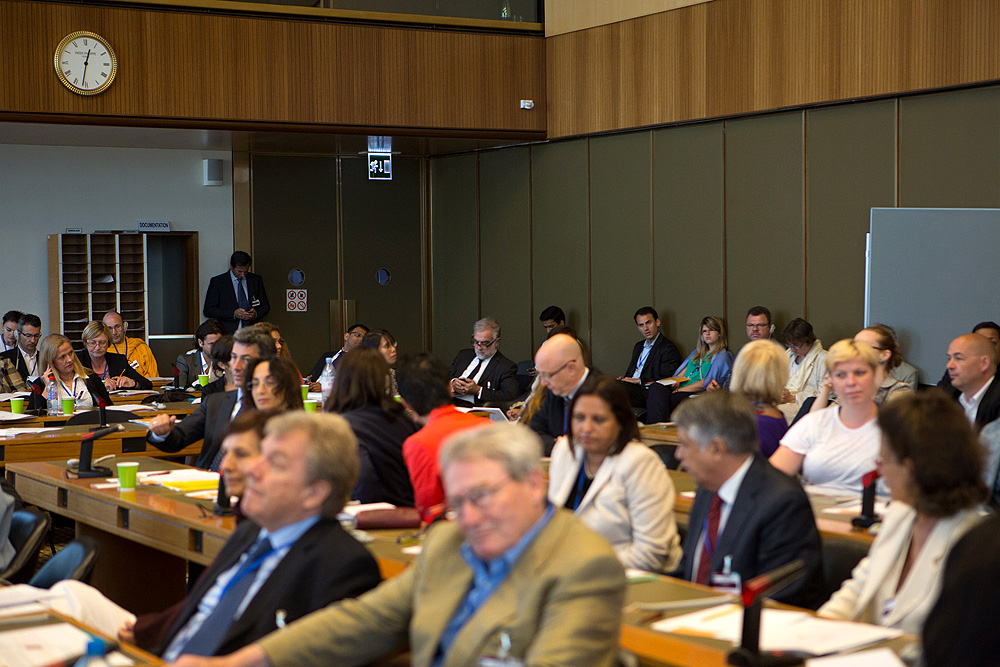 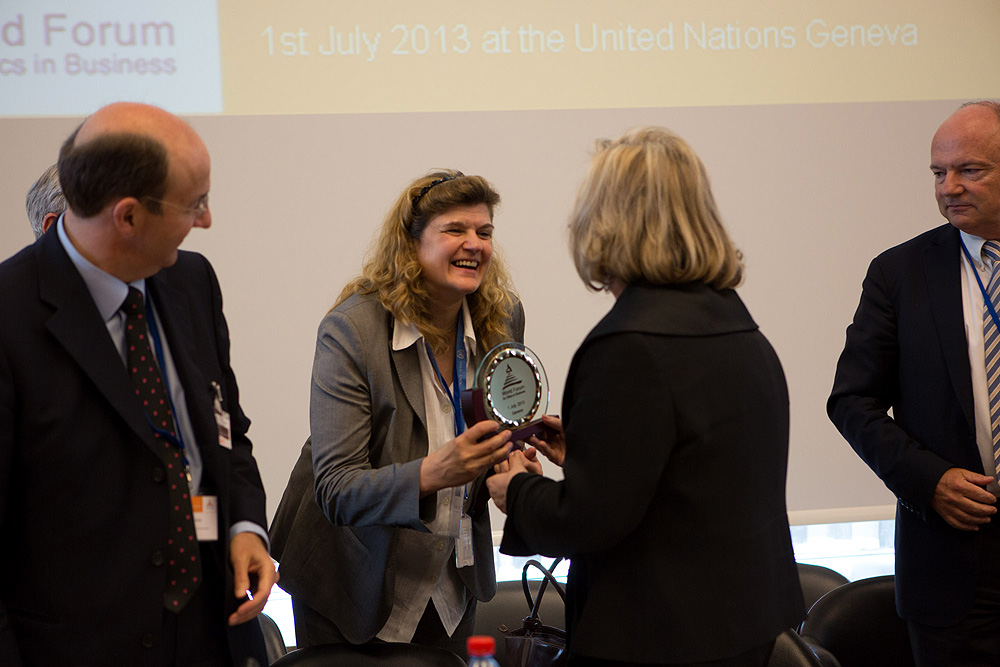 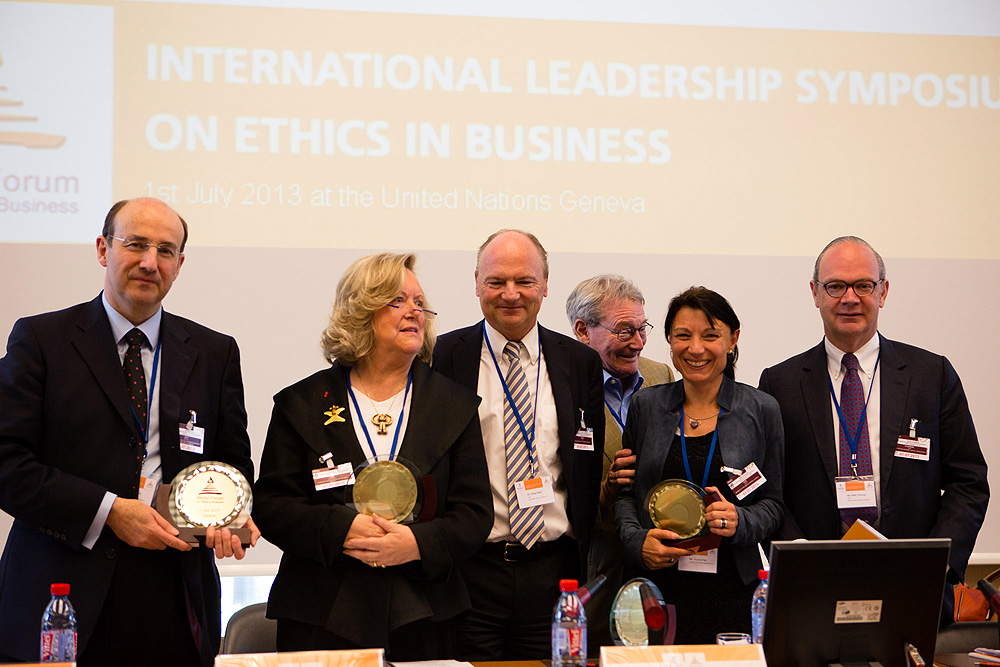 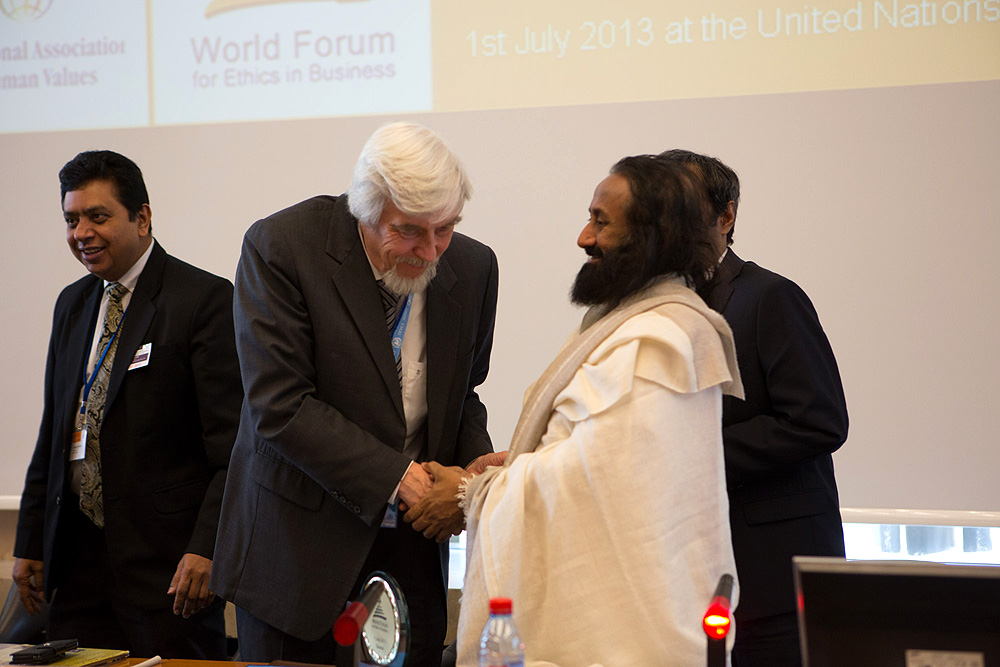 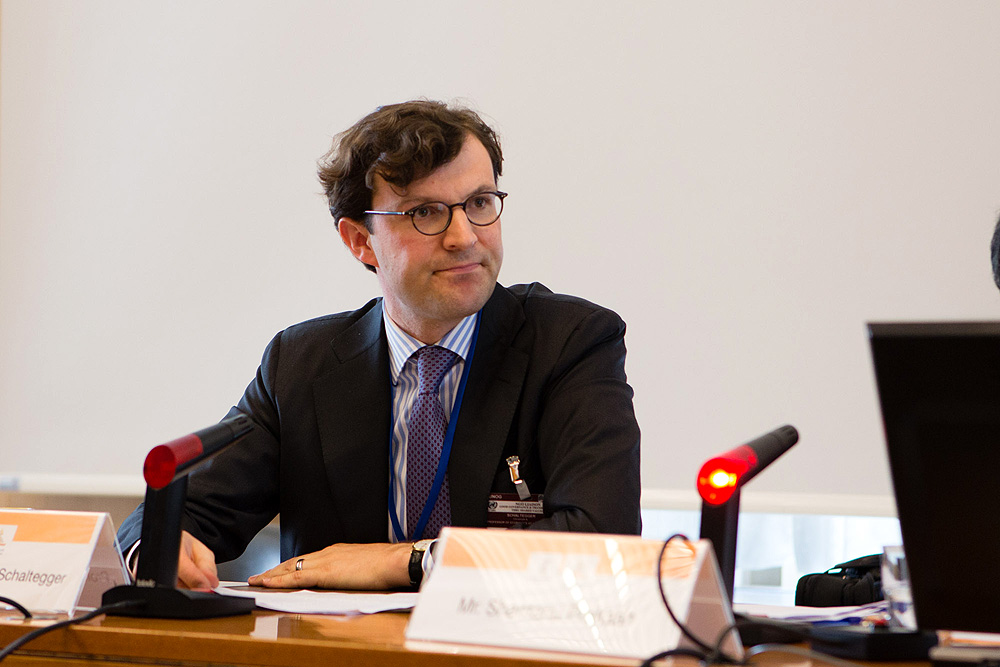 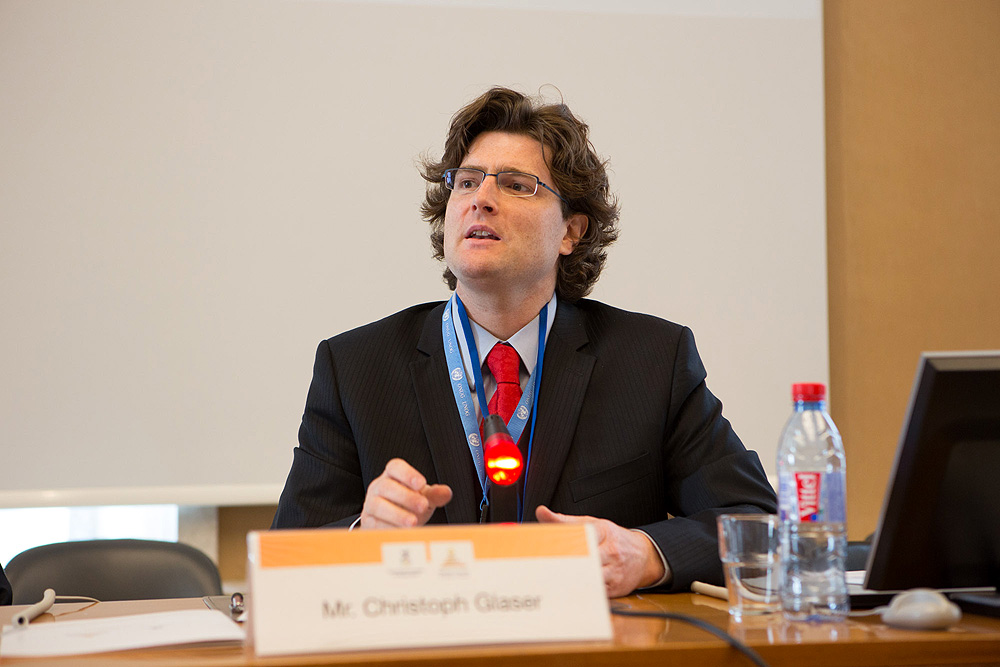 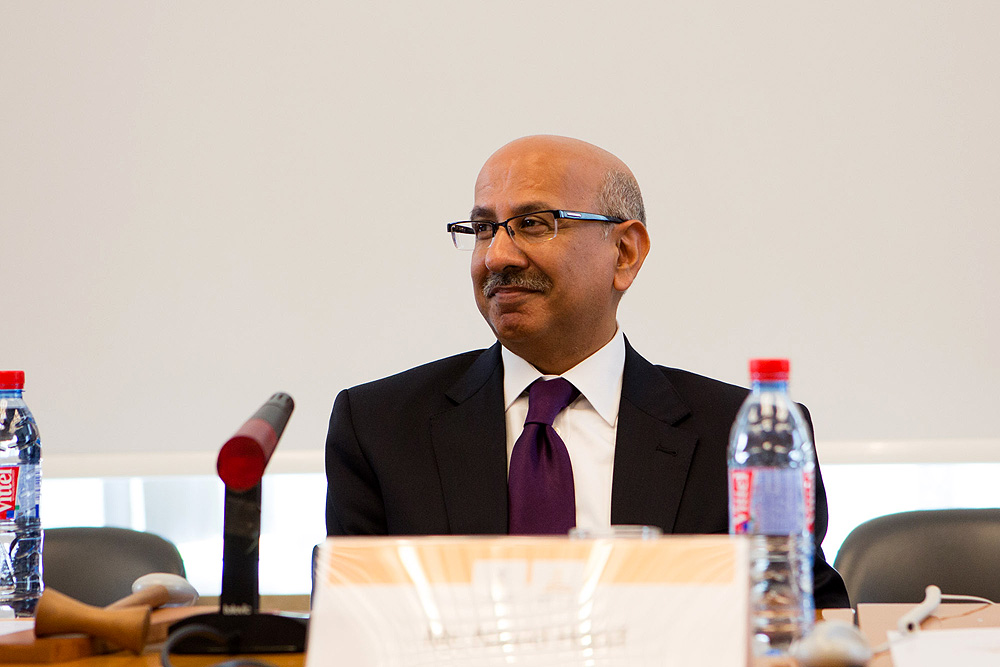 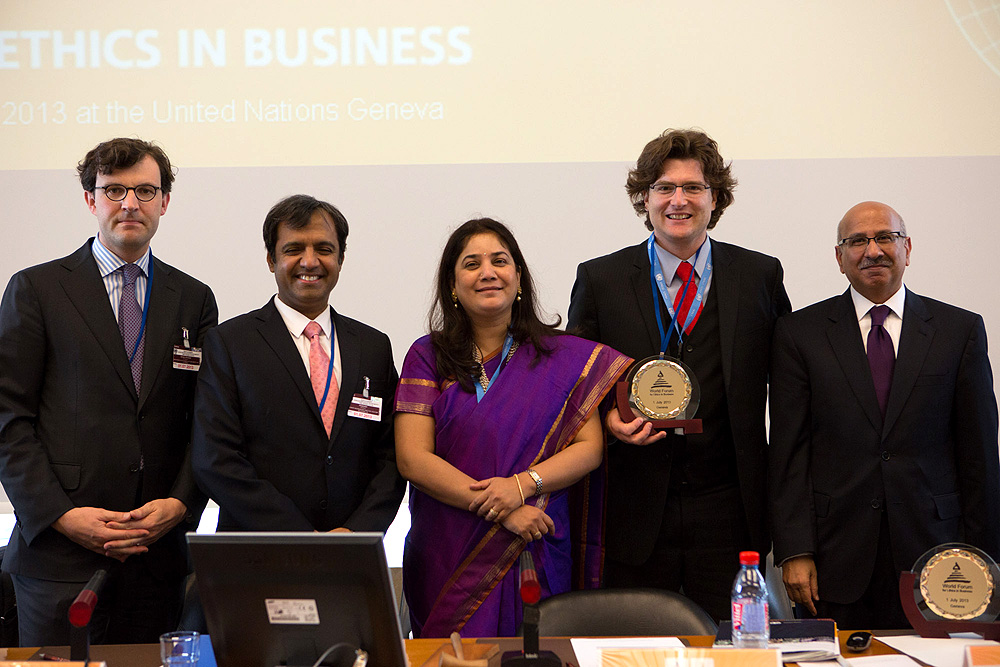 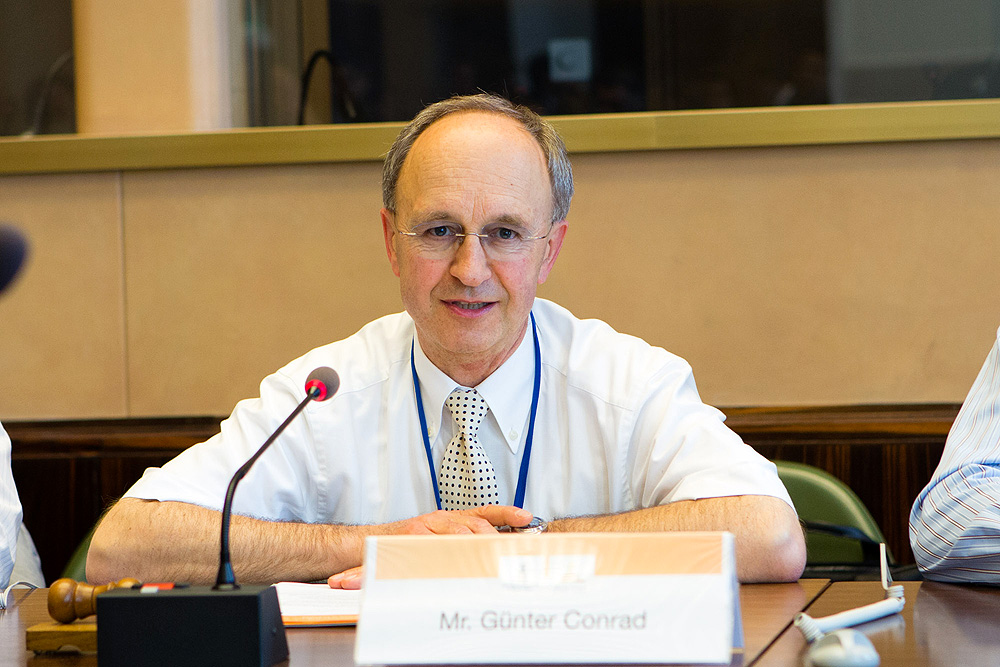 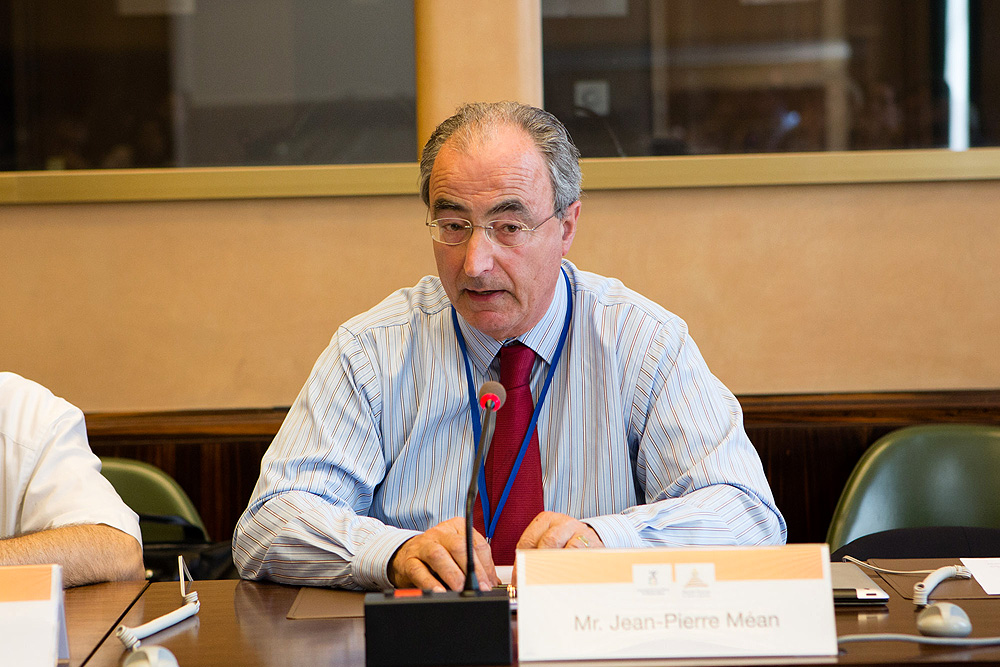 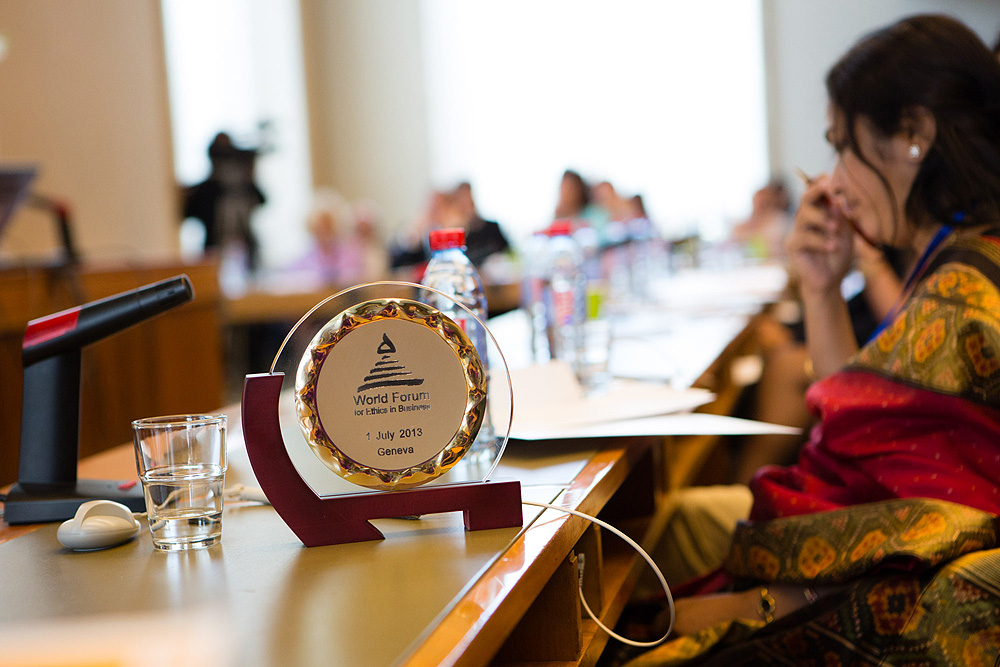 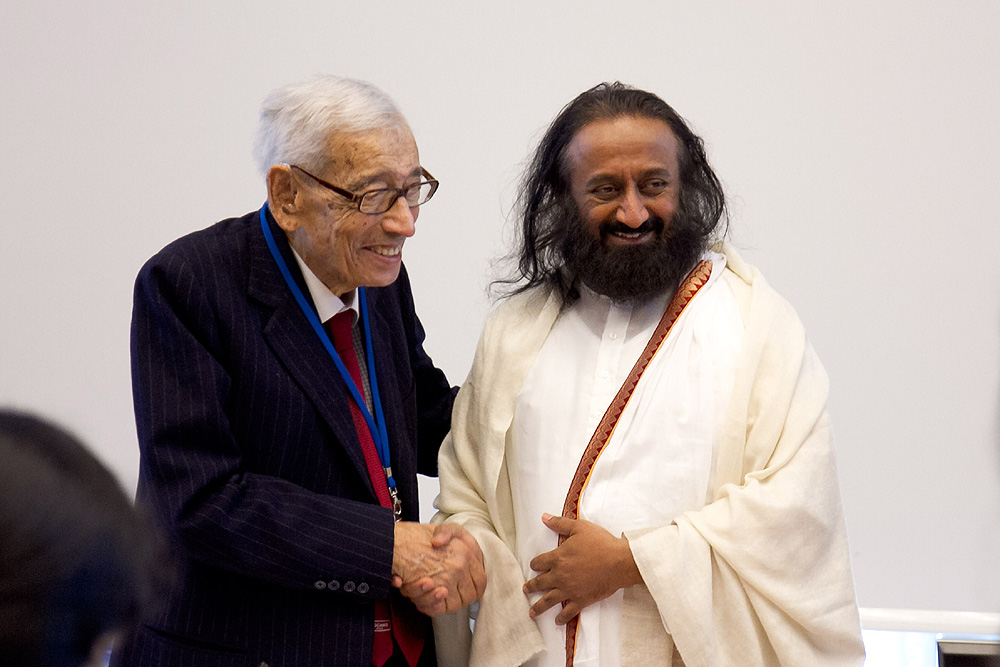 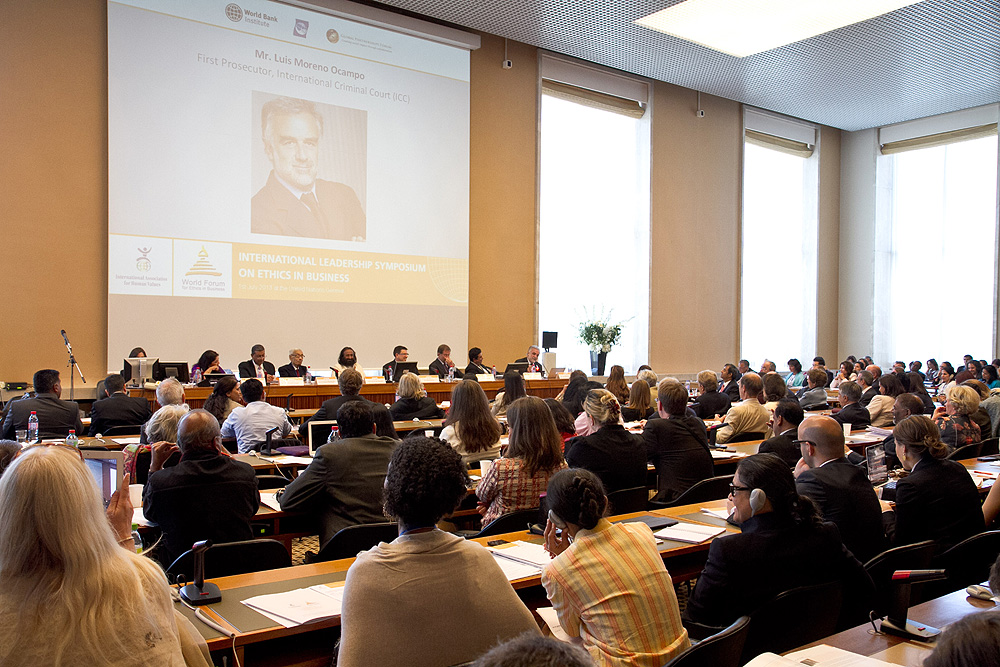 Global leaders call for genuine ethical order at the International Leadership Symposium on Ethics in Business in the United Nations, Geneva

Geneva, 4 July ’13: Wider realization that we need to change the players if we are to change the game, was the major take-home of the ‘International Leadership Symposium on Ethics in Business’ held at the United Nations on Monday, that was organized by the International Association for Human Values, in partnership with the World Forum for Ethics in Business (WFEB), the Global Partnerships Forum and the World Bank Institute.

More than 300 world leaders from politics, business, academics, faith based organizations and civil societies attended the conference in Geneva that saw registrations closed already 5 days ahead of the event due to an over demand on the available delegate places.

As a symbol to mark the 10th anniversary of the symposium, HH Sri Sri Ravi Shankar, Founder of the International Association for Human Values, Founder of the Art of Living, Co-Founder of the WFEB and HE Dr Boutros Boutros-Ghali, Former Secretary General of the United Nations, inaugurated the conference by watering a plant together under the motto of ‘Tree of Shared Values – Deeper Roots, Better Fruits!’

The Symposium was first launched in 2003 on inspiration of Sri Sri Ravi Shankar in India and later on moved to the European Parliament as its annual host.

“Ethics cannot be cosmetic. They have to be authentic. In moments of crisis we can gauge if ethics are genuine or cosmetic. If one can stick to ethical practices in tough times, I call that genuine,” said Sri Sri Ravi Shankar while reminding the gathering that seed of ethics is already in all of us and we just need to cultivate and nurture it. Executive Director of UNITAID Dr Denis Brown went a step further and added, “Ethical practices when ingrained can resist crises situations.”

Echoing the sentiments of all speakers that it is time to take responsibility and push for ethical practices, First Prosecutor of the International Criminal Court, Mr Luis Moreno Ocampo said, “It is not enough to just complain, we must be a bridge, and we must win over people with love.” Agreeing Ms Rajita Kulkarni, President, World Forum for Ethics in Business explained that, “It is really people, not policies who keep us from reaching our ethical goals, and if we want to change that then we need tools to transform mindsets and foster shared values.”

Mr Michel Sidibé, Executive Director, UNAIDS, Under-Secretary-General of the United Nations, reiterated in his video message the need for good governance. ‘The AIDS response has been one of the most successful public health initiatives of the last 50 years. This is because it was based on the fundamental values of effectiveness, human rights and justice and gender equity. And governance has been the glue that hold these values together.’

Dr Sanjay Pradhan, Vice-President of the World Bank Institute, called for open contracts between the private and public sector and urged for transparency in ownership structures and companies’ supply chains to ensure a true CSR approach.

Bringing a scientific perspective to the discussions, CERN Director General Prof Rolf-Dieter Heuer explored how scientific research can play a key role in fostering shared values and ethics. “It can lead facilitate a level-playing field for excellence, positive competition and co-operations,” he said.

Alongside the insightful deliberations the symposium also crystallized concrete steps to further promote ethical practices. The significant among them were the launch of an online ethical leadership curriculum and an Ambassador of Ethics Program by WFEB. The forum reiterated its priorities of building awareness, creating ethical leaders and changing the rule of the game by pushing for collective action for transparency.

The next Symposium will be held on 14-15th November 2013 at the European Parliament Brussels themed ‘Shared value: role of business in tackling society’s problems’.