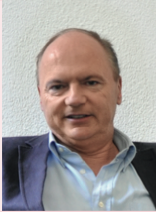 How to manage brand communication in an ethical environment ? What means the Internet and the Social Media for your business reputation ? The consumer has taken over the corporate governance. Companies must communicate in the future not only with journalists and financial analysts, but also with consumers. Watch out when a platform like e.g. www.change.org starts a petition against your brand and your company. Prepare and manage the new risks in consumer communications over the internet. Leaders can not lead and win when hiding informations or communicating just half of the reality.

Peter Marti was elected as „Advertiser of the year“ and won several awards at international communication festivals. During his career, he worked for some major NGO’s such as the World Wildlife Fund, Green Cross International and the Red Cross and also some foundations like the Kantha Bopha Foundation in Cambodia, the “Foundation pour la Formation Hoteliere”and the Dr. Rau Foundation have mandated Peter Marti and his team with their brand reputation work.

Today he is strongly involved in brand reputation development for mid­sized and bigger global companies. He leads Corpo­ rate Social Responsability programs for these companies and is handling their internal and external communications.